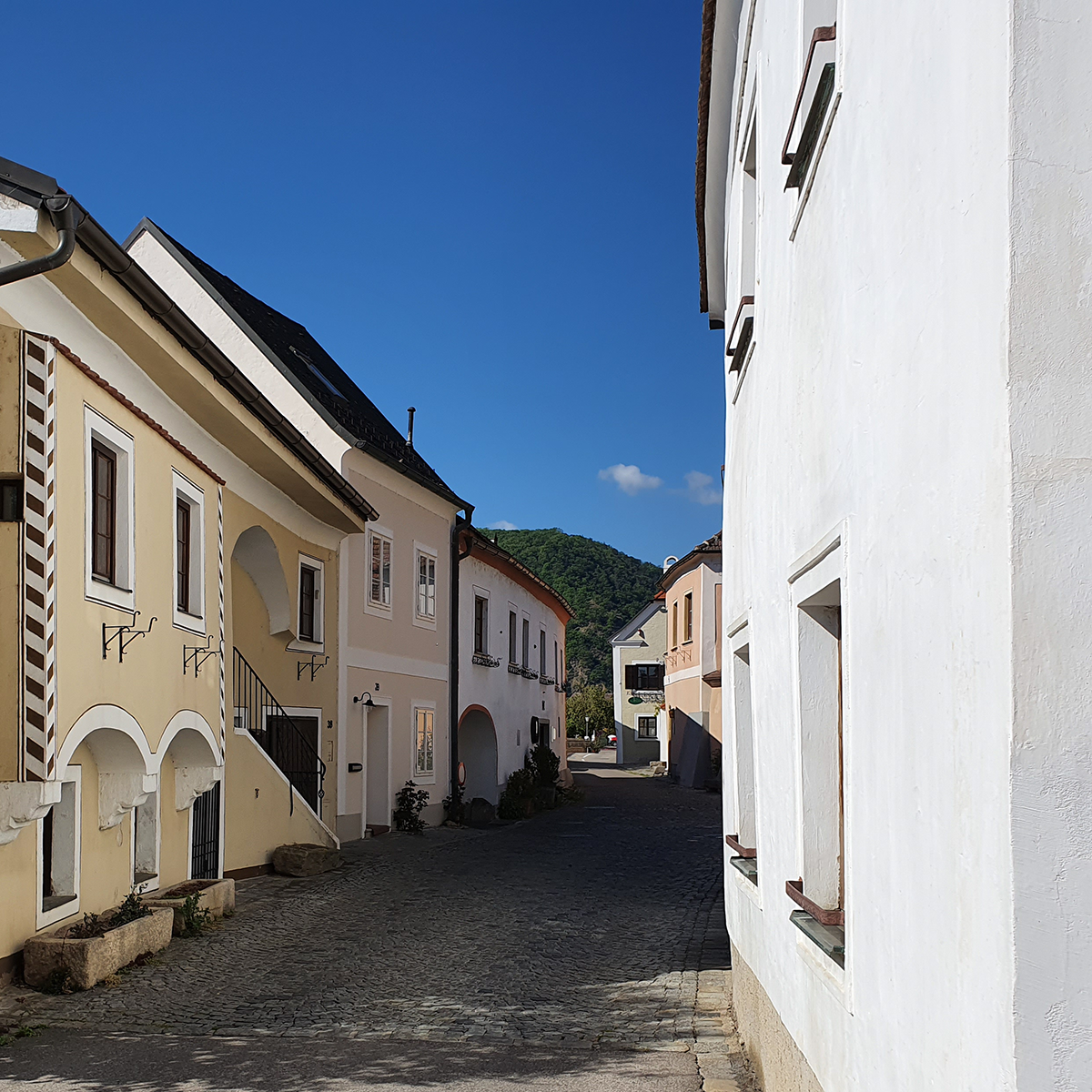 The origins of the rock-cut cellar can be traced back to the work of Tegernsee Abbey in Loiben. The adjoining Willandl cellar house, along with ample vaulted cellars, were built in 1690 under Abbot Wenzl.

This was where the Dinstl family’s vineyard estate and wine cellars were later located and subsequently the wine cooperative Dinstlgut Loiben, which used to be responsible for the imperial wine.

Up to 5 million kilograms of grapes would be pressed, stored and marketed here every year. Press houses and vaulted wine cellars were built on the old state road. Presumably one reason for this is the fact that the town of Unterloiben is regularly plagued by high water levels which flood the cellars in the village.

With a little luck you can not only drink the wine on this small but excellent lane of wine cellars but really experience it if one of the winegrowers happens to be working in the cellar and offers you a sample to taste.