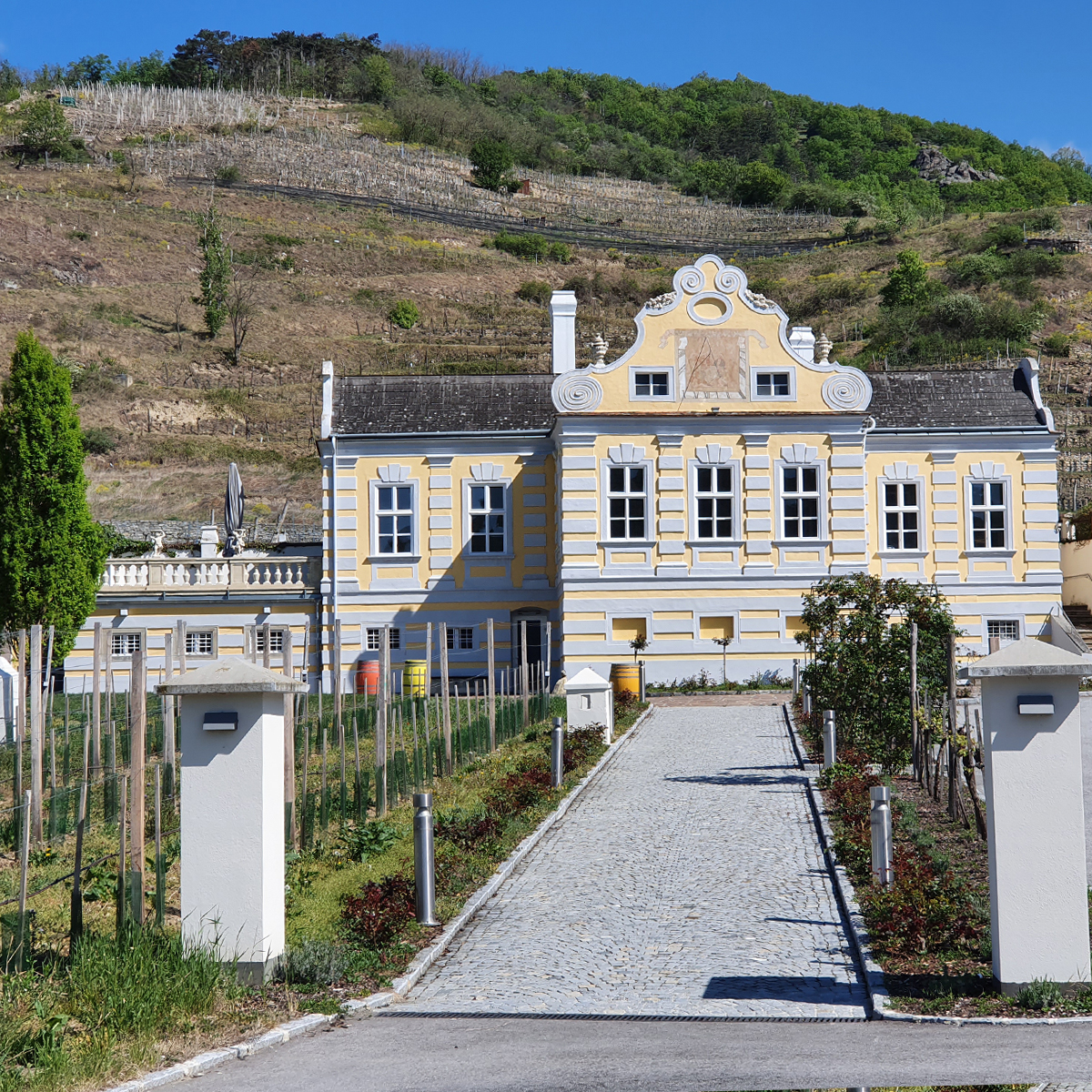 From 1693, the Dürnstein canons kept wine cellars at the town gates. Hieronymus Übelbacher, elected provost in 1710, had the baroque cellar palace built over one of the cellar exits following completion of a new underground system of cellars.

It was constructed by the Tyrolean mason Gabriel Oedl based on designs by Jakob Prandtauer and is considered a baroque landmark of the Wachau region.

The small ‘maison de plaisance in the Wachau vineyards’ as it was known back then, originally used by Provost Übelbacher for wine tasting, is a two-storey building with a cruciform layout.

The cellar palace has welcomed many famous guests over the centuries, such as Austrian chancellor Leopold Figl during negotiations on the 1955 Austrian State Treaty. They say that Dürnstein’s wine significantly contributed to the success of the negotiations. The table where the discussions took place can still be viewed as part of a guided tour of Domäne Wachau’s vast cellars.

Thanks to extensive restoration of its interior in 2006, frescoes, stucco and murals are gleaming once more. The eastern cabinet has a fresco depicting the four elements on the broad sides and the lion and eagle, Provost Übelbacher’s heraldic animals, on the narrow sides. In the side room to the west you can recognise the four seasons on the edges of a putto or cherub sky with interwoven hunting motifs.

After the dissolution of the Augustinian abbey in the course of reforms under Emperor Joseph II in 1788, the princes of Starhemberg acquired its vineyards and cellar palace. A century and a half later, shortly before the outbreak of World War Two, Ernst Rüdiger of Starhemberg sold his vineyards to the newly founded Wachau wine cooperative, now known as ‘Domäne Wachau’.