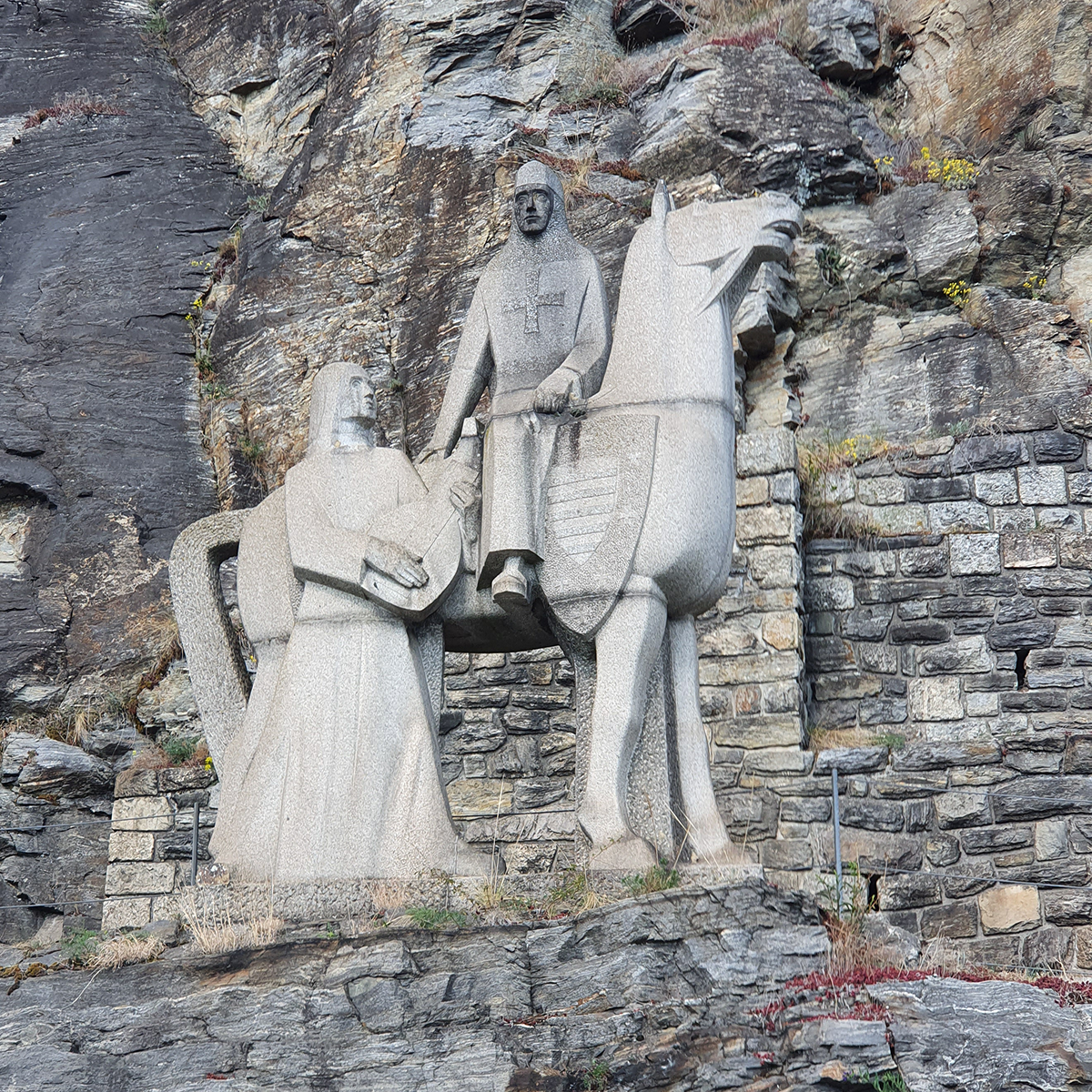 The equestrian statue at Watstein
Chivalry and minstrel song

If you come to Dürnstein from the west on Bundesstraße 3, there is a raised monument on your left on the railway line on Watstein showing a knight on horseback accompanied by a wandering minstrel.

One often hears that this is a monument in honour of the English king Richard the Lionheart and the minstrel Blondel.

Richard the Lionheart, who fell into the hands of his Austrian arch enemy Duke Leopold V on his way back from the Third Crusade, was imprisoned at Dürnstein Castle during the winter of 1192. According to legend, it was the travelling minstrel Blondel who finally tracked down his captive master. The English king was only released upon payment of an enormous ransom.

In fact, the figures created by Lois Lidauer in 1958 symbolise the Wachau region through chivalry and song. The knight’s shield bears the Kuenring coat of arms, while the singer is carrying a lute.

Watstein, which used to extend into the water and was much eroded in the course of rail and road construction, got its name from the natural narrowing of the Danube Valley at this point. When the water levels were low, humans and animals were able to wade (‘waten’) across to the other bank.