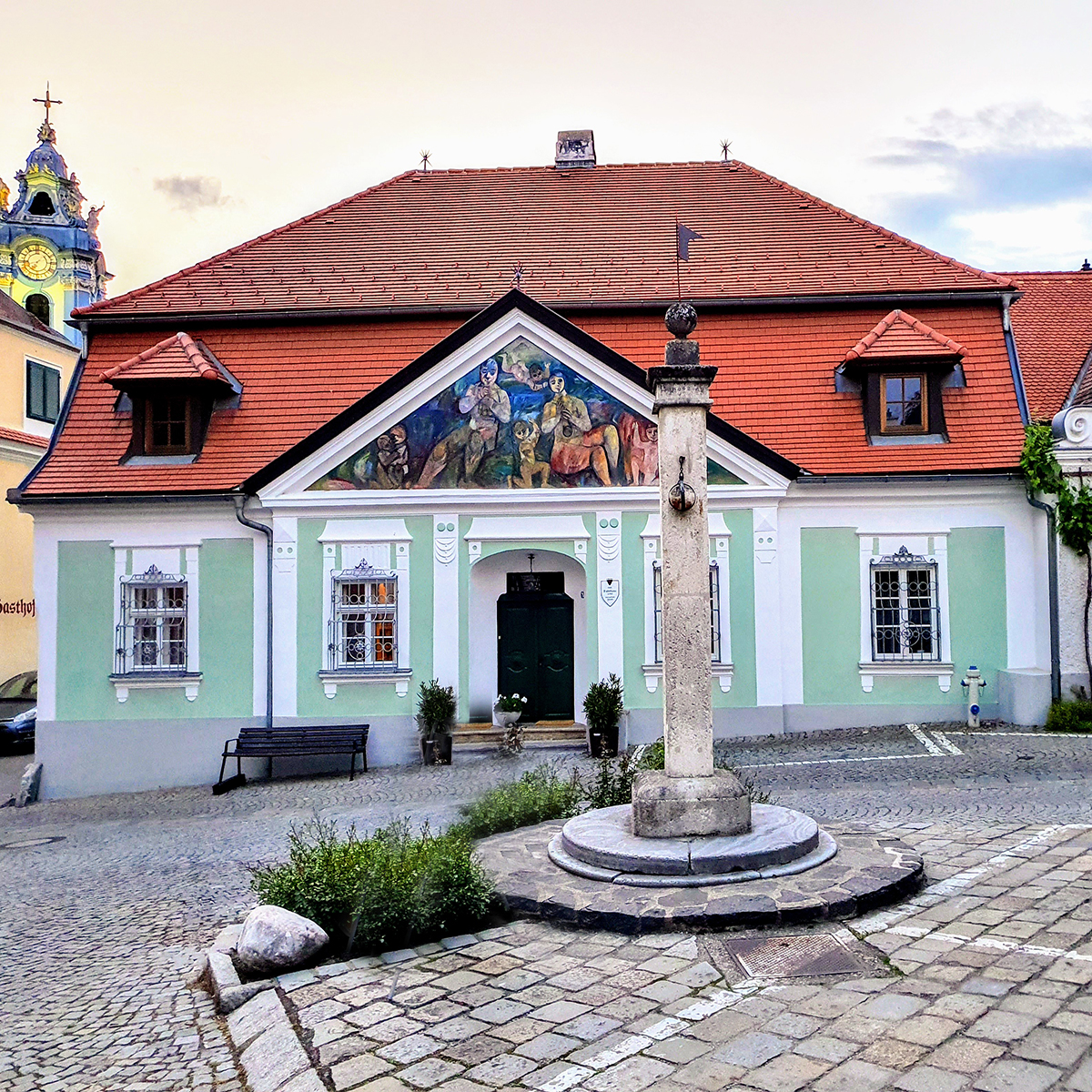 The Bader Haus
The doctors of the common people

Directly in front of the entrance to the southeast wing of the former Clarist convent is not only Dürnstein’s former pillory but the Bader Haus.

The Bader Haus or ‘bather’s house’ is a single-storey building from the late 18th century and stands out with its harmonious, early classicist façade, divided by lesenes.

Lesene is derived from the French word ‘lisière’ meaning hem or edge. In architecture, a lesene is a pilaster strip or narrow and slightly protruding vertical wall reinforcement.

The gable on the Bader Haus bears a fresco of a family of musicians designed by Maximilian Melcher in 1963.

The bather’s house was originally, as its name suggests, a bathing house. People who ran such bathing houses were known as ‘bathers’ in the Middle Ages and were akin to ‘doctors of the common people’.

Most people could simply not afford to be treated by one of the academically educated, mostly clerical doctors. So the bathers took care of everything in the way of medieval personal hygiene and medical treatments.

This included the opportunity to take an extensive bath as well as body care, cosmetics, some surgery, dentistry and eye care.

In addition, bathers often employed an in-house barber for cutting hair and trimming beards. The profession of bather was, if not scientifically recognised, nonetheless highly respected.

Directly in front of the Bader Haus, where the town fountain once stood, can be found Dürnstein’s former pillory.

A pillory was used in the Middle Ages as a punitive tool in the form of a pillar, post or platform, where prisoners were publically humiliated. A pillory also served in towns as an outward symbol of the court.

At the end of the 1920s, the broken pieces of the old stone pillar were reattached and the pillory erected where the town fountain once stood.