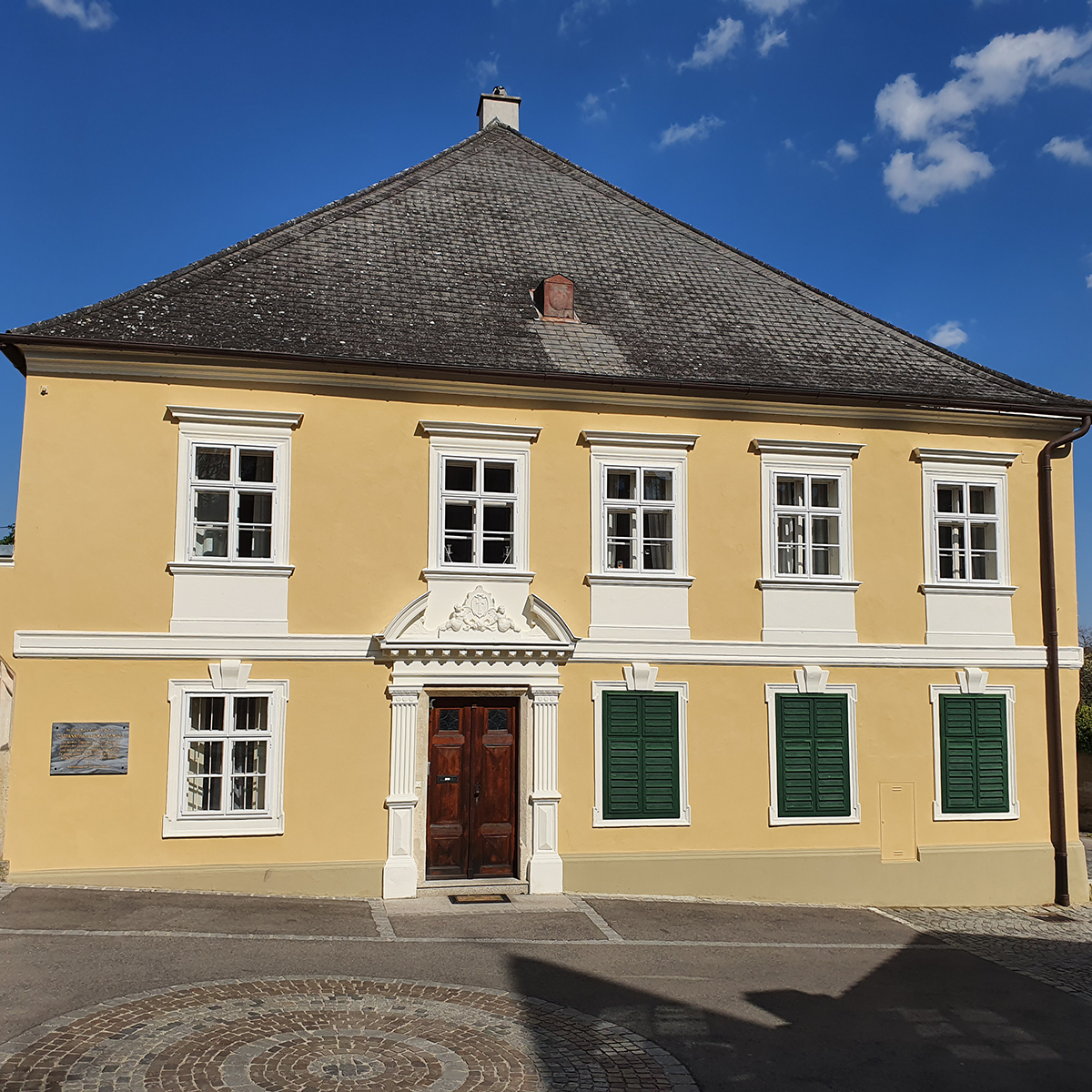 Opposite the parish church of St. Quirinus in Unterloiben is the rectory, which served in the Middle Ages as the manor house of Tegernsee Abbey. Even though the rectory, like many other buildings in the area, was set on fire and severely damaged during the Battle of Loiben in 1805, the late baroque coat of arms over the entrance and portal and late Gothic stone frame have been preserved.

In around 1000, Emperor Henry II bequeathed the ‘Liupna’ or Loiben deed of donation to Tegernsee Abbey. This is the first time the place appears in a written document.

From that time on, the Benedictine monks at Tegernsee not only served the Catholic Church for almost 800 years but made an outstanding contribution to the development of viticulture in the region too.

Among other things, they are associated with the building of the Wachau region’s famous stone terraces, which were probably first created in the 12th and 13th centuries. Studies indicate that the volume of stone moved to create these terraces matches that of the famous Pyramid of Cheops in Ancient Egypt.

Due to the stone’s heat storing capacity, the annual average nightly temperature is around one degree Celsius higher which significantly contributes to the flourishing of Wachau wines. Not least because of the famous stone terraces, the Wachau region was named a UNESCO World Heritage Region.

Right next to the rectory is the parish preschool, which was once the home of the Dinstl family.

In around 1830, the Dinstl family not only acquired the building but around 52 hectares of vineyard, 17 hectares of arable land and gardens in Oberloiben and Unterloiben.

The family ran the manor and winegrowing estate for four generations and produced a mayor for Krems, a member of the Lower Austrian state parliament and a member of parliament in Frankfurt in the process.

In 1930 Loiben’s vintners procured the property and founded an agricultural cooperative under Mayor Weinauer. Two years later, they sold the manor house to the community of Loiben, which now uses it as a preschool.