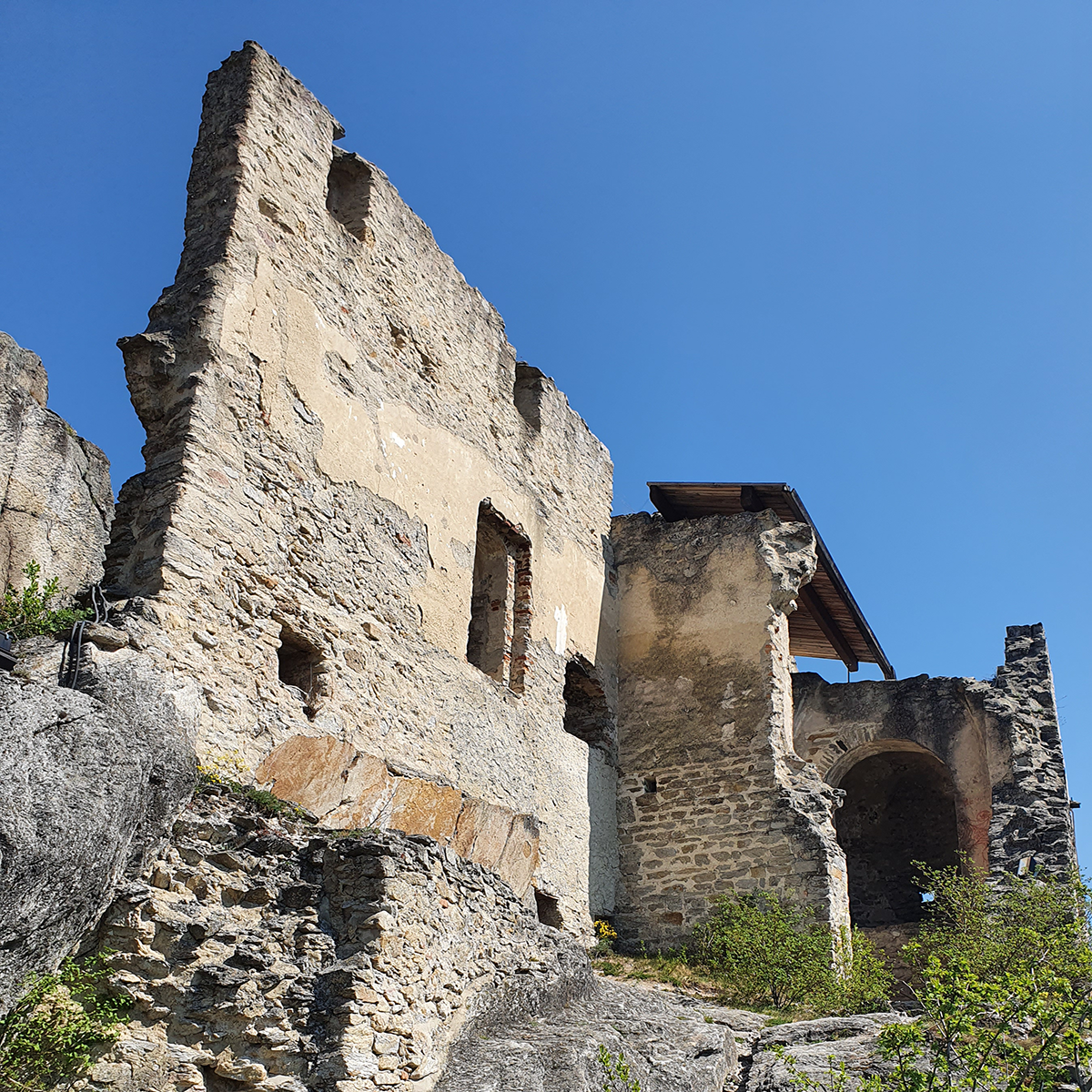 Dürnstein ruins
Where Richard the Lionheart was imprisoned

The castle high above Dürnstein was built by the Kuenring family in the mid-12th century. The town of Dürnstein and its castle are connected by a defensive wall, an extension of the town wall. Above the chapel was once an inner courtyard containing a mighty boulder with a rock cellar carved into it.

A castle chapel was first mentioned in 1306. In 1588 the castle was rebuilt as a fortress by Streun of Schwarzenau.

In 1645, in the final phase of the Thirty Years’ War, Dürnstein fell to the Swedes, who blew up the castle gates when they left. The castle itself was inhabited for a few years but no longer renovated and left to decay from the late 17th century.

Its most famous prisoner was the English king Richard the Lionheart. Lionheart is said to have refused to share the spoils of war from the Third Crusade with the Austrian Duke Leopold V. When he was shipwrecked on his way home to England and forced to travel through enemy territory, he fell into Leopold’s hands and was imprisoned at Dürnstein Castle in the winter of 1192.

The royal prisoner was allowed to receive troubadours or wandering minstrels for his entertainment, from which tales of the singer Blondel probably arose. Richard the Lionheart was only released upon payment of an enormous ransom of 150,000 silver marks.

The Dürnstein ruins are open to the public all year round. And here an exciting themed trail not only tells the story of Richard the Lionheart but also shows some of the most beautiful natural and cultural spots in the Wachau region. From bizarre rock formations to the most significant historical sites and panoramic views of the Danube Valley. In addition, the themed trail has spots to relax and unwind at, marked by a special symbols.

From the Dürnstein ruins you can go straight to the Fesslhütte, a popular retreat on the Starhembergwarte hiking trail.

The Starhembergwarte is an approximately 10-m-high observation point on top of the 540-m-high castle rock and is named after the former landowner Camillo Heinrich, Prince of Starhemberg.

The Starhembergwarte was first built as a wooden structure in 1882 by the Krems-Stein section of the Austrian Tourist Club, founded shortly before. 10 years later however, it was already so badly damaged that it was replaced by a stone building.

Master builder Josef Utz Jr. of Krems drew up the plans and on August 15, 1895 the Starhembergwarte as we know it today was formally opened.

Inside the building is a spiral staircase leading to the panoramic terrace, where you will be rewarded with a wonderful view of the pine forests of the Danube Valley.