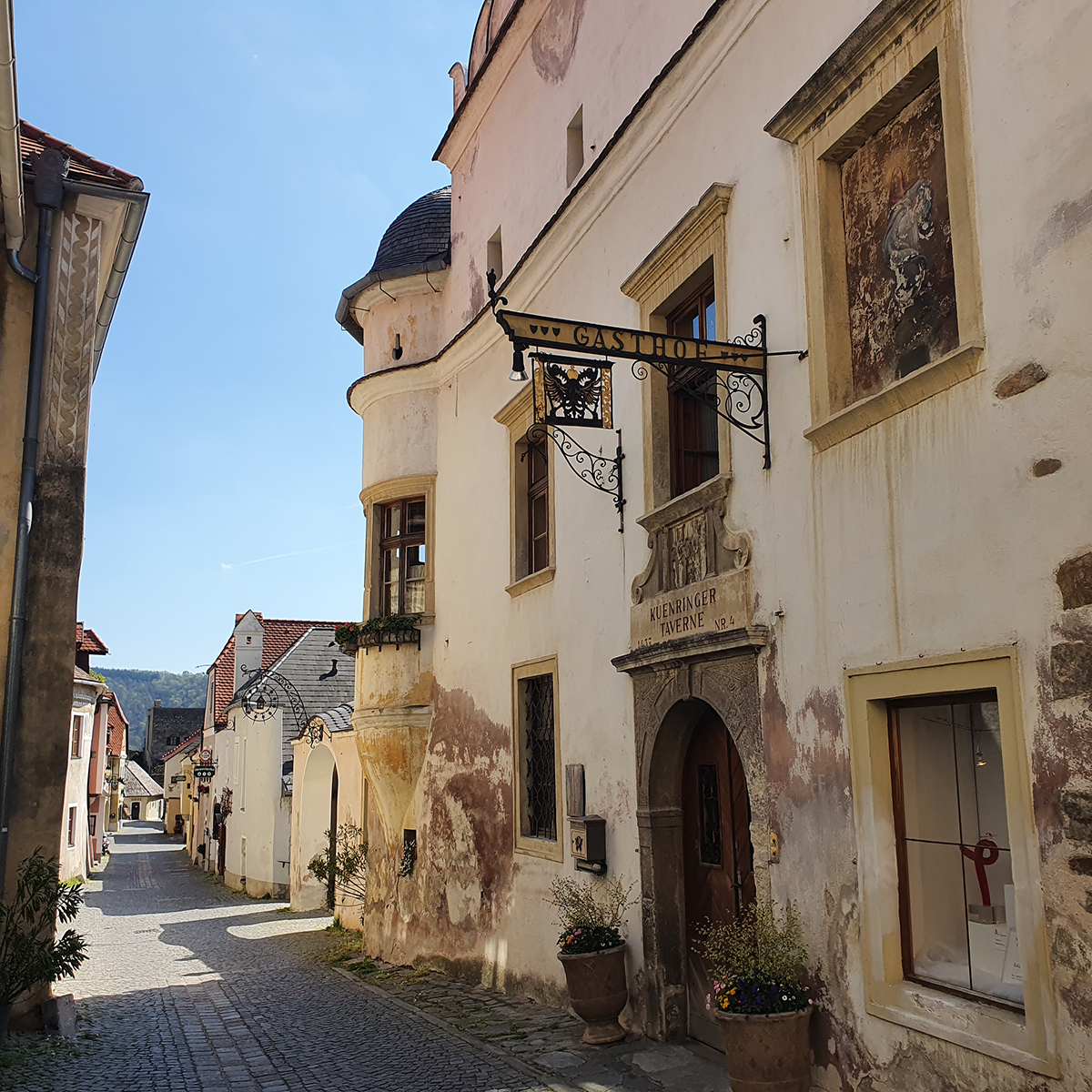 Kuenringerhof
From free house to tavern

The noble Kuenring family shaped Dürnstein over many centuries and left their unmistakable mark on the town.

Azzo von Gobatsburg, progenitor of the Kuenring family, was the first to acquire the land around the future town. His grandson Hadmar I built Dürnstein Castle around the mid-12th century.

Among the numerous buildings in Dürnstein connected to the Kuenring family is Kuenringerhof in the centre of the Old Town, also known as the Kuenring tavern or Schwarzer Adler because of the restaurant inside.

The former free house is a magnificent Renaissance building from the second half of the 16th century. In the Middle Ages and early modern period, free houses were those that, although located within the town walls, could only be held accountable by the district court, not that of the town. In addition, the owners and residents of such free houses – and this is probably the root of the name – were exempt from all municipal taxes. The privileged free house owners were mostly representatives of the nobility and clergy.

The two-storey Kuenringerhof boasts an impressive double-gable façade with a round-arched stone gate from around 1590, above which can be found a double coat of arms. The coat of arms shows the couple who owned the free house, Stephan Purgstaller and his wife Barbara, née Thurzo von Bethlenfalva. The typically framed windows, round arches with dovetail pinnacles as well as the Renaissance round bay at the corner of the house are also from the 16th century. Inside are a cross vault and a room on stone columns.