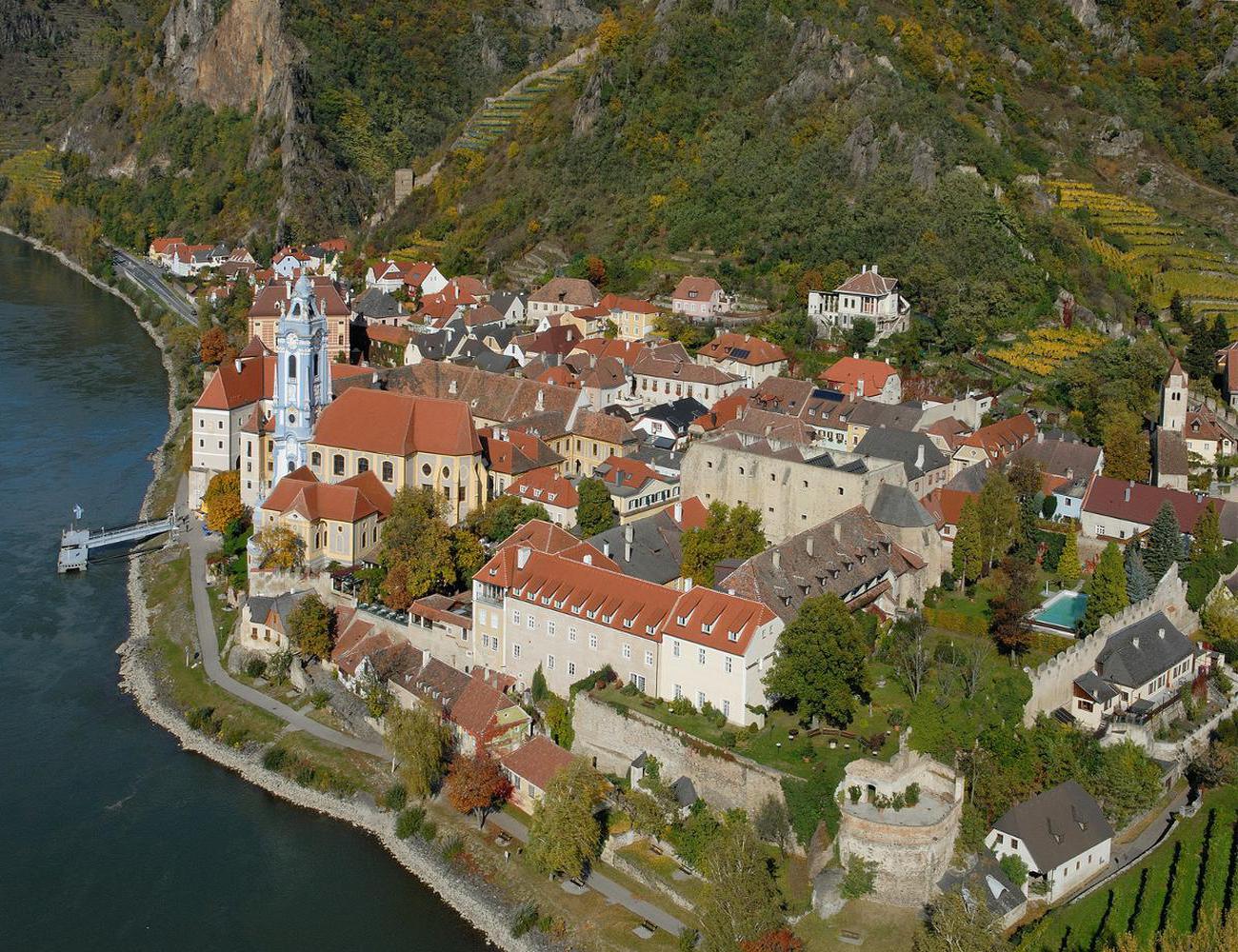 Located at the foot of the steep cliff along the Danube, Dürnstein, along with its well-preserved medieval town wall, is one of the most important architectural ensembles in Lower Austria.

The castle was founded around the mid-12th century and is inextricably linked to the Kuenring family. It was Azzo of Gobatsburg, progenitor of the Kuenring family, who initially acquired the area and his grandson Hadmar I who built Dürnstein Castle.

The castle was referred to by name a few years later, in 1192, in the course of a famous historical event – the capture of the English king Richard the Lionheart on his way home from a crusade. He allegedly refused to share the spoils of war with Austrian duke, Leopold V.

Leopold had Richard detained at Dürnstein Castle in December of 1192 and only released him after the huge ransom of 150,000 silver marks had been paid. The Kuenring family, at whose castle the prominent inmate spent four months, also received their share of the money. Among other things, the money was used during the 13th and 14th centuries for the construction and expansion of the town and castle at Dürnstein.

Dürnstein was first referred to as a town in 1347 and its residents as citizens. In 1492 Emperor Frederick III confirmed town privileges for the council and citizens of ‘Tiernstain’ before the judge in Linz.

A few years previously, in 1476, the Dürnsteiners asked the emperor for the right to use the view of the town as a coat of arms. He sent them a grant of arms with a very beautiful gold-framed picture of the town in reply.

While it was mainly the narrow plots to the east of the main street running north to south that were used for the construction of residential housing, large representative building complexes soon rose up on the remaining areas.

These included the Clarist convent, which was founded at the end of the 13th century, the Augustinian abbey, which was greatly extended in the 18th century and the town palace from the 17th century.

A constitutive element of the town’s design is its enclosing wall, which dates back to the 14th century and was extended and reinforced at the beginning of the 16th century. On the river side, the rising rocks below the abbey were incorporated into the fortifications, while to the west and north the town wall runs along abruptly ascending rocky terrain up to the keep with three rectangular towers. The Kremser Tor in the southeast, the (broken off) Weißenkirchner Tor in the northwest and the Fischer Tor on the river side were the only entrances to the town.

The old Kuenring town, where tradition meets beauty in a unique way, is a destination on the Danube one should not miss. Enjoy the wines of the Wachau region during your visit in a cosy tavern or shady restaurant garden!

Tourist information
Nr. 13 2 next to Nah & Frisch and P2
Tuesday to Saturday from 2pm – 7pm