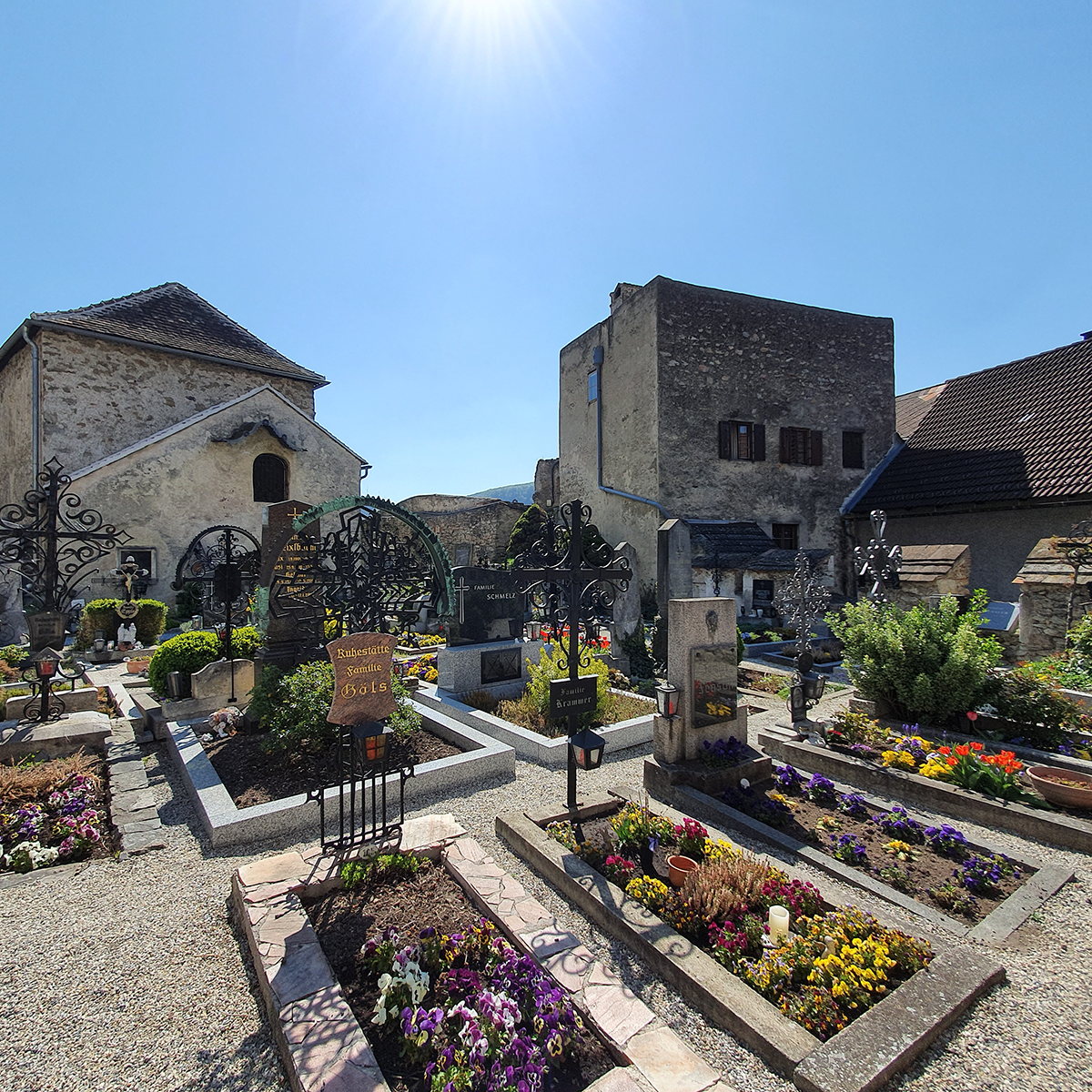 Kunigundenkirche
The oldest church in Dürnstein

The Kunigundenkirche was the first parish church in Dürnstein. It was built in the first half of the 13th century and dedicated to St. Cunigunda, the wife of Emperor Henry II. The church was initially a fief of the Kuenring family but was given to the Poor Clares as early as the end of the 13th century.

The Kunigundenkirche was mostly demolished in 1783 – only the steeple was preserved. The furnishings and materials were used for the construction of other churches in Lower Austria and the newly created space has since served as a cemetery.

In the cemetery stands a charnel house, a Romanesque-Gothic chapel from the 14th century with and ossuary beneath. In the ossuary – a storage place for bones – you can also find the remains of many fallen soldiers from the Battle of Loiben in 1805.

In the chapel above, dedicated to the Archangel Michael, with its arched windows on the north wall and lancet windows on the south, stands a medieval baptismal font with a belt of reliefs.

The chapel was converted into a memorial chapel in 1925. All of Dürnstein’s fallen and missing from both world wars are listed on plaques. There are frescoes from the 14th and 16th centuries on the exterior walls of the chapel.

Picnics, relaxing or excessive photography are not welcomed in the cemetery as this is still the final resting place for the population of Dürnstein.