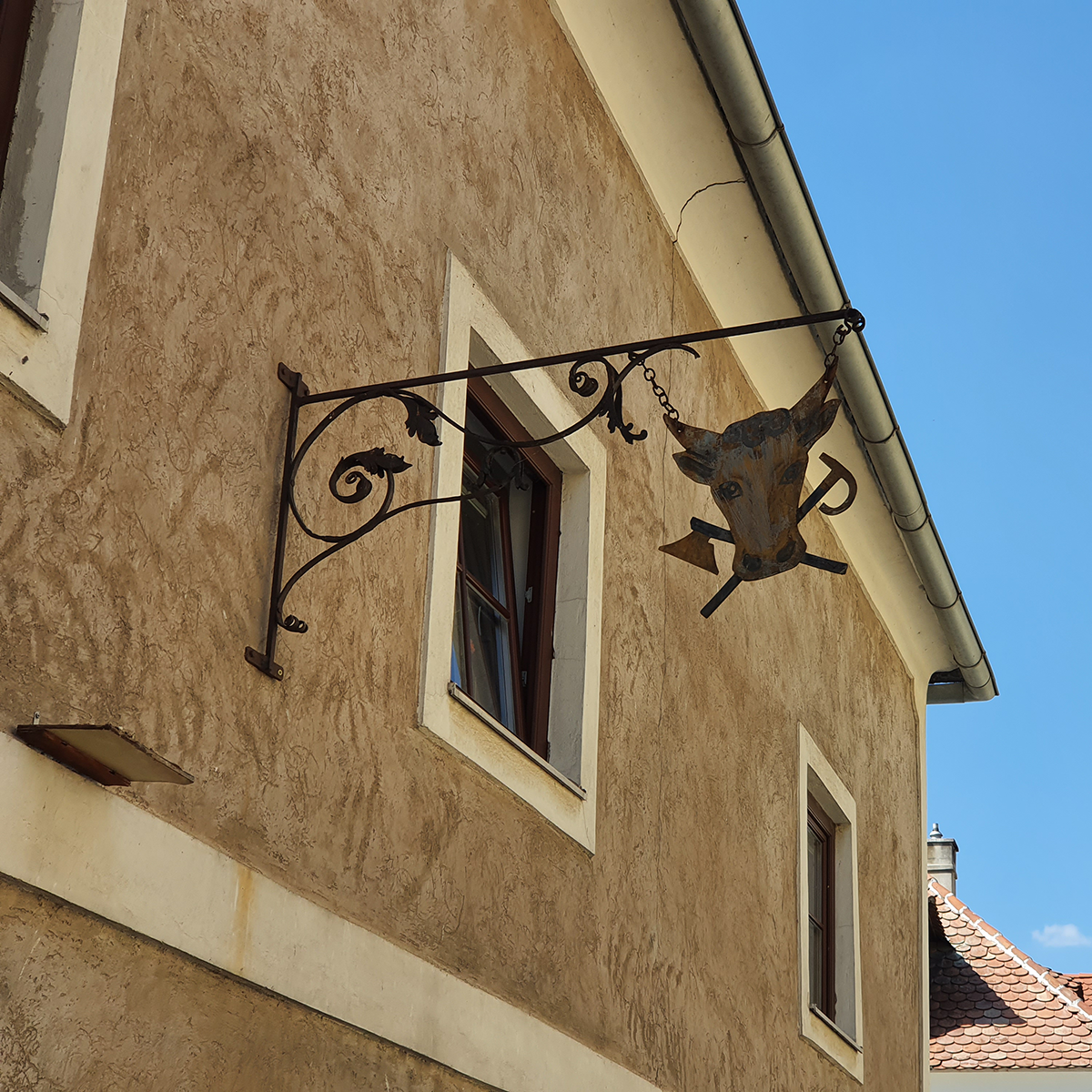 Guild signs and townhouses
Witness of times past

In the Middle Ages there were many different trades in Dürnstein. Locksmiths and farriers, butchers and bakers, wainwrights and carpenters, tailors and cobblers were all represented here.

The craftsmen were organised into professional groups or guilds. Mostly, a guild consisted of a master, some journeymen and the apprentices.

And each guild had a sign, similar to today’s marketing logos. A sign mounted on the exterior of a building made it unmistakably clear who lived within its walls.

Nowadays, almost all of these trades have disappeared, but some of the wrought iron guild signs have been preserved. They are true works of art that still refer to the former masters of each craft.

Fortunately, in spite of several catastrophes, like the Great Fire of 1925, Dürnstein managed to retain much of the town’s medieval building stock over the centuries. The townhouses are still living witnesses to all artistic periods from the Gothic to the Renaissance to the Baroque.

For example, the Goldener Strauß inn is the former ship master’s house, the Kirschnerhaus was a general store until the 1970s and the Böhmer guest house, the former cobbler’s, still bears the sign of the shoemaker’s guild.