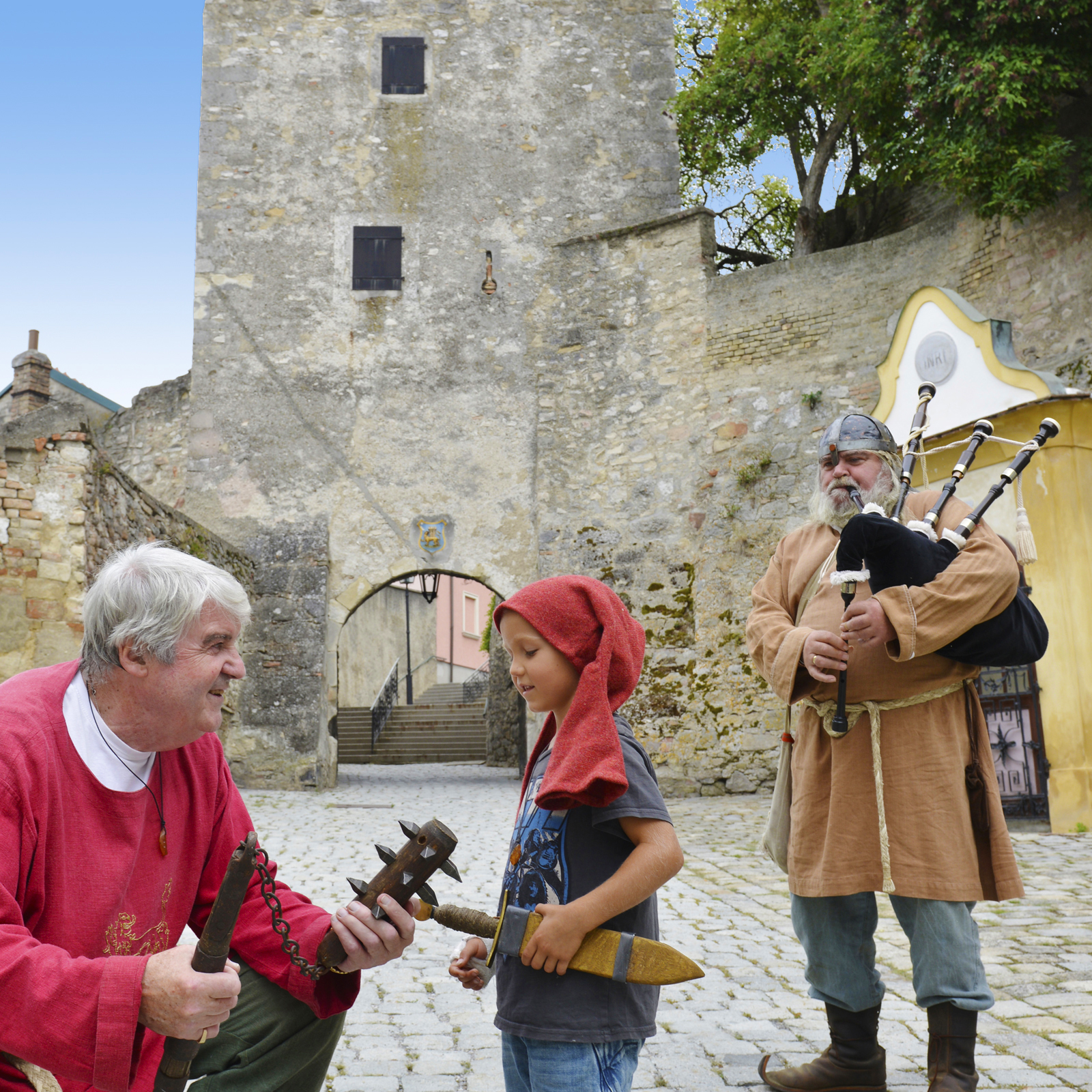 The medieval town of Hainburg

With its 2.5-km-long town wall, 3 gates and 15 towers, Hainburg an der Donau is one of the oldest and best-kept medieval town fortifications in Europe.

It is established in 1050, when Emperor Henry III gave the orders for Heimenburg Castle to be built on Schlossberg mountain. In the 12th century the ransom money for Richard the Lionheart is used to extend and fortify the complex. This includes construction of the largest medieval town gate in Europe, the Wienertor (or Vienna Gate), today the town museum. The oldest gate, the Hungarian Gate, was not only used for protection against trespassers. Drunks were locked in between the gate and portcullis which presumably soon sobered them up.

History is made at Hainburg Castle, or more specifically in the castle chapel, on February 11th, 1252 as Ottakar II (later the Bohemian king) marries Margaret of Austria. Their separation later provides the material for Franz Grillparzer’s König Ottokars Glück und Ende (“King Ottokar’s Happiness and End”). For Ottokar not only loses one of the greatest cavalry battles in Europe at Dürnkrut in 1278, but his life too. The castle falls into the hands of the Habsburgs.

The smallest and most recent Hainburg gate, the Fisher Gate, was the the site of a terrible bloodbath during the 2nd Turkish siege, during which nearly all the people of Hainburg were killed or taken into slavery as they sought to flee. Blutgasse is a reminder of this awful event, when town and castle were ravaged by the Turks.

Today you can experience an unforgettable journey back in time at the regular medieval tours. Mercenaries and noblemen and women accompany you to the most beautiful parts of the medieval town and entertain with stories.