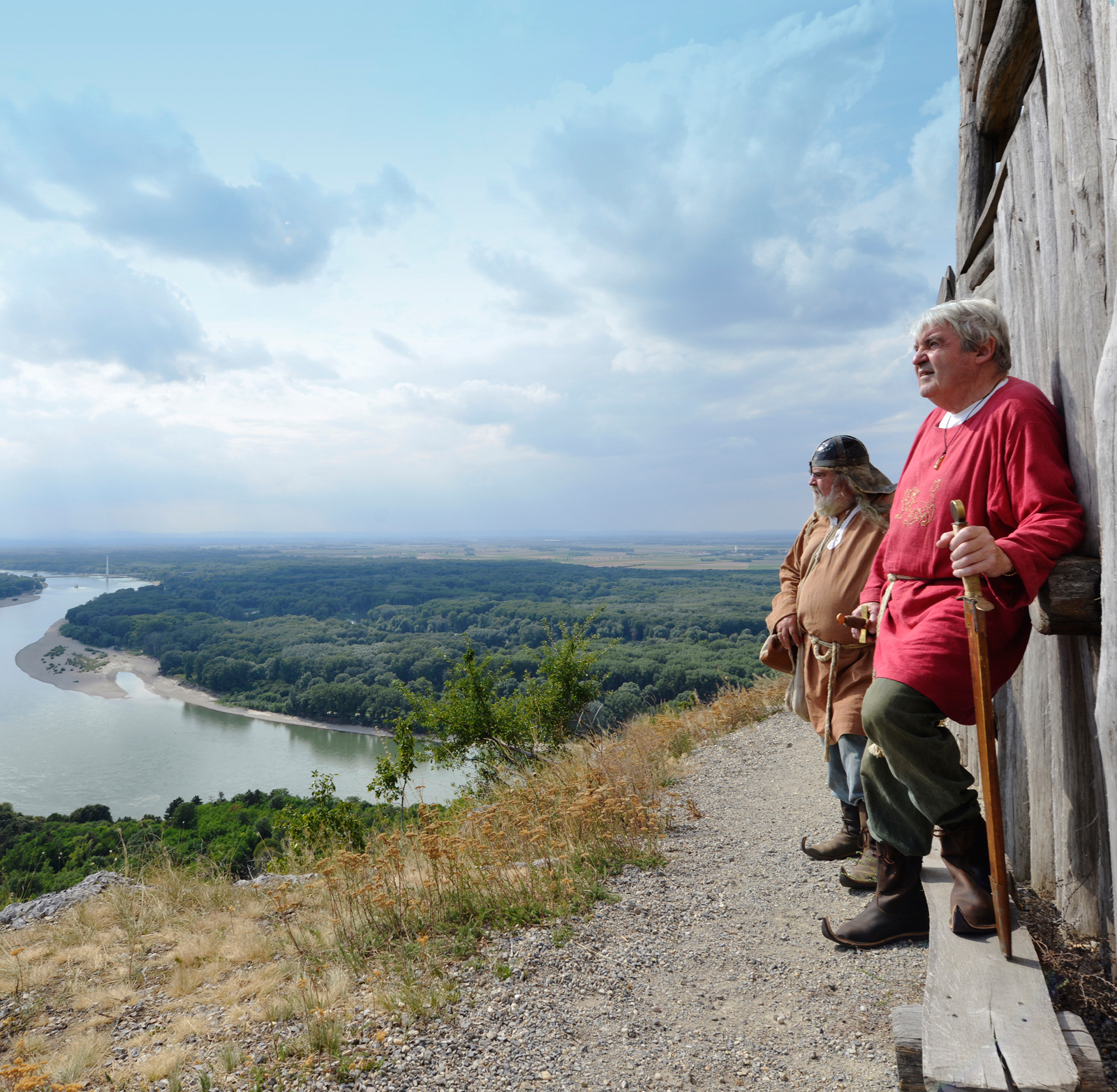 The Celtic wall on Braunsberg mountain

The 346-m-high Braunsberg mountain lies in an area that is assumed to have first been populated 7,000 years ago. The Celts also left their mark: an important Celtic hilltop site, known as Oppidum, has been discovered – a hill fort constructed on the plateau in the 2nd century BC.

The Celts lived on Braunsberg mountain in simple post houses plastered with clay. Scientists found platforms driven in to the rock along with waste, coins, shards and the remains of weapons. On the Celtic wall, which runs along the scarp, part of the Celtic hill fort was reconstructed with wooden palisade and tower in the original postholes in the course of archaeological explorations in 1986. Today this offers an insight into how Celtic buildings looked. The dirt wall of the Celtic settlement that surrounded the high plateau, an archaeological and cultural monument, can still be identified. A selection of finds and excavation records can be found in the Wienertormuseum today, as part of the “Archaeology in Hainburg” exhibition.

The Celtic hilltop site on Braunsberg mountain watched over an ancient Danube river crossing, over which ran one of the most important north-south connections in Europe, the famed Bernsteinstraße. Even today one can enjoy a marvellous all-round panorama of the Donau-Auen National Park, the beautiful town of Hainburg an der Donau, all the way to Bratislava and over the Carpathians.